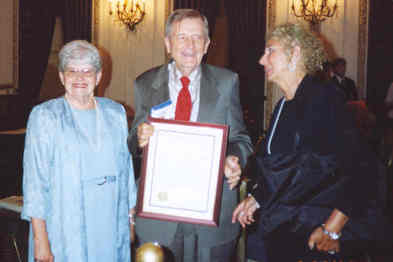 Joan Fisher and Naomi Beardsley, both of whom attended high school with Stan half a century earlier, congratulate him on receiving award. 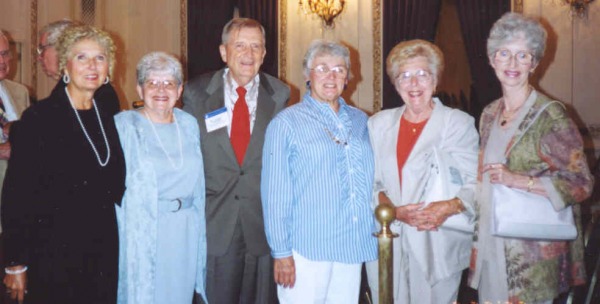 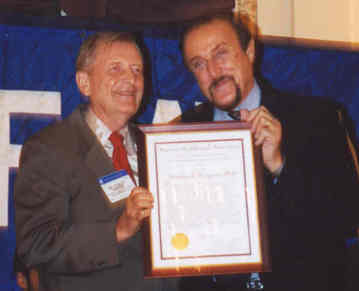 Philip Zimbardo, president of the American Psychological Association, gives Stan the award for "Distinguished Contributions to the Advancement of International Psychology", at the association's annual convention in Chicago, August, 2002.