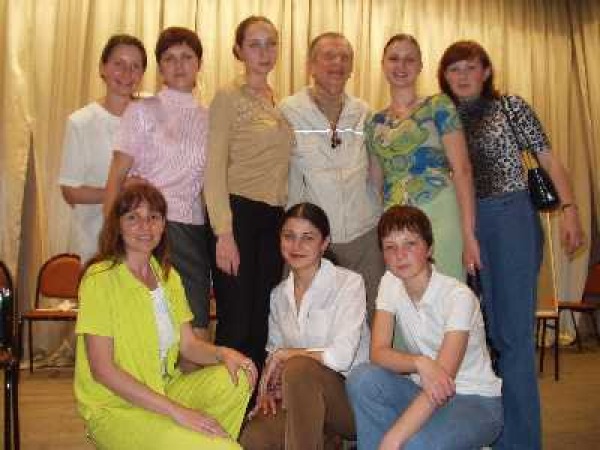 At The State University of Sochi, Stanley was deluged with kindness and hospitality by this group of all-female graduate students. 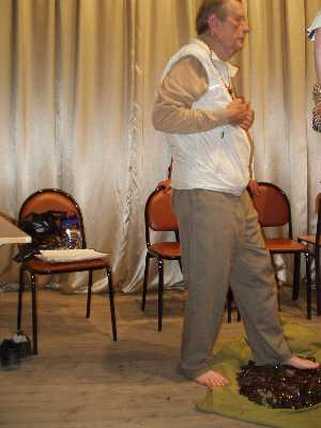 Accepting a challenge during a demonstration of exceptional human capacities in Sochi, Stanley walks barefoot across a runway of broken glass, later jumping up and down on the glass, without injuring his feet. Rather than claiming mystical powers, he provided simple psychological explanations for this feat. 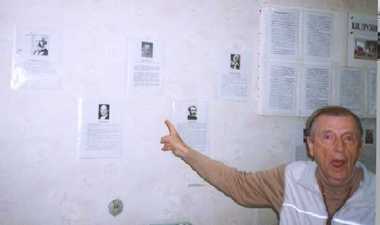 In May 2003 when Stanley visited the Psychology Department at The State University of Sochi in Southern Russia he was astonished to find his photograph keeping company with such psychological giants as G. Stanley Hall, Carl Jung, Karl Bühler, and William James. 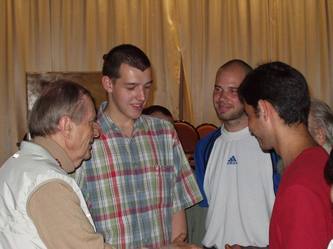 Stanley talks with psychology students at Sochi State University on the Black Sea.